The case for investing in early talent now 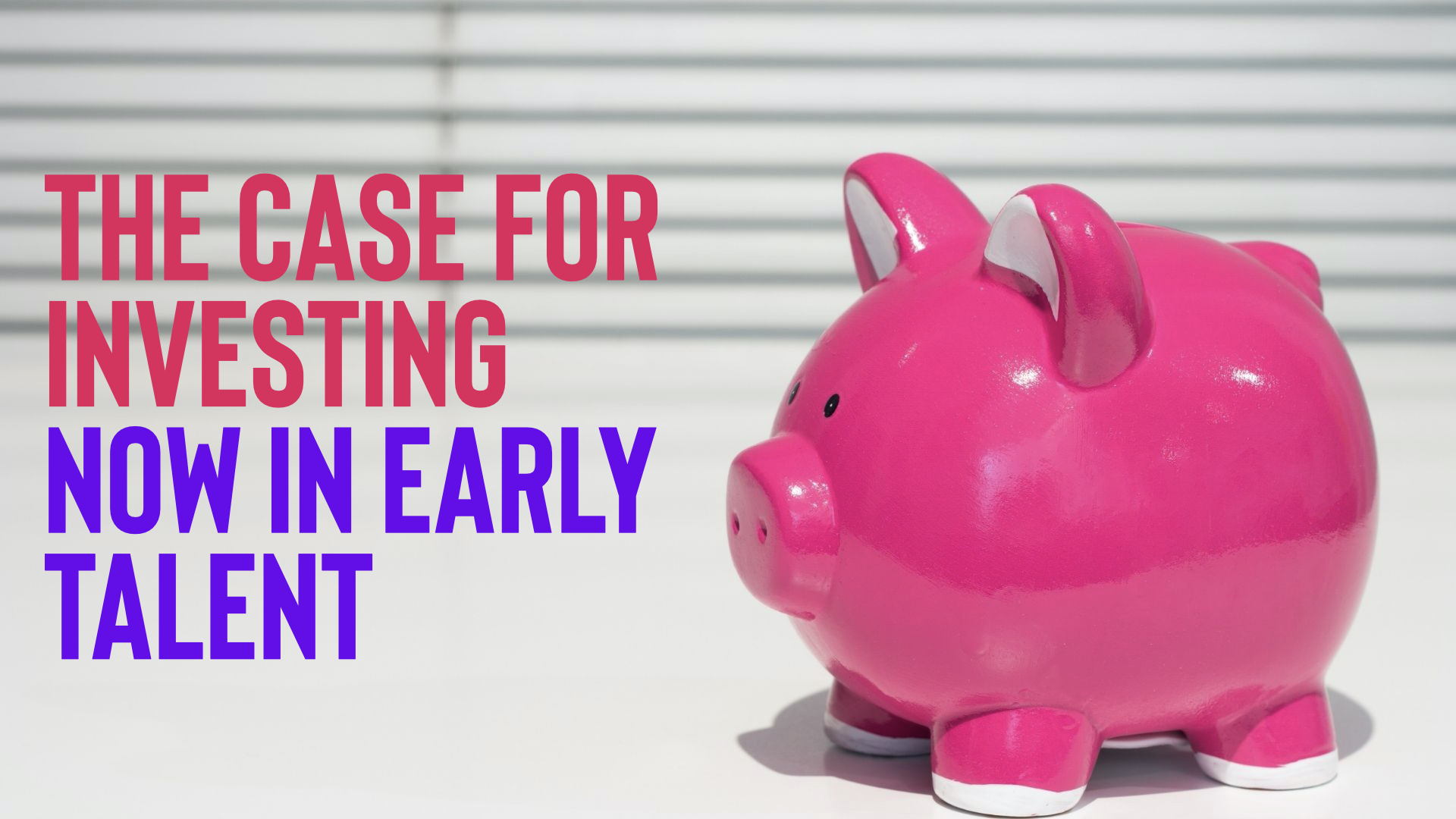 When economic times are hard, it's easy to look at cutting early talent programmes. We think that's a mistake, for now, but more especially in the long-run.

Right now, there’s probably a lot of pressure in your organisation to cut. Cut programmes, cut costs, cut hiring plans, and unfortunately in many places, cut staff. That’s pretty horrible for everyone (even for us working with you), but there are a few very simple reasons why now is not the time to sit back and accept that, and instead lobby in the opposite direction.

Even if your business has accepted there’s going to be a downturn, you will be planning for at some point having an upturn. And when that happens, you’re going to need people. Early talent is probably the only existing large-scale way to do deferred hiring - taking people on now who you won’t actually use (or more importantly pay) until hopefully we’re through the worst of this. Purely pragmatically, early talent is a smart way of planning for the way out of this.

Every time there’s been a major downturn during my working life, most employers have made most of their cuts from more experienced levels, and that’s not because of a touching faith in youth. It’s for the simple reason early talent cost less per capita, and from a budgeting point of view have fewer fixed liabilities - whether that’s pensions, benefits, or simply long-service perks or entitlements.

Another feature of massive shocks to the economy is change. Sometimes it’s belated change that finally gets an impetus to happen (lots of business are finally going to get round to that digital transformation they’ve been chuntering about for years), but often it’s new and unexpected change that could bring threats or benefits to your organisation. That means people doing different things, and doing them in different ways. Now some of us old fogeys can adapt, but for new talent with no nostalgia for the ways of yore, that comes much more easily.

Reason 4: your career depends on it

If you’re reading this, and your role is in Early Talent, then between you and me, you have a vested interest in this argument. If you can persuade those above you that your role in the mid-term talent strategy just got a whole lot bigger, not only can you protect your current employment status, you might even accelerate your career through this. And if you don’t, someone else will…

So what am I suggesting? Don’t meekly accept a cut in your targets and budget. Push, and push now, before you miss the moment. Early talent is exactly where your business should invest, precisely because the year now before they actually walk in the door is likely to be the dip, and you may hold the answer to how your business is going to clamber out the other side. And if your peers and competitors are cutting early talent, so much the better - you’ll have an open goal to steal a strategic advantage.

Marcus wrote this content for the ISE's Magazine, The Student Employer, published July 2020