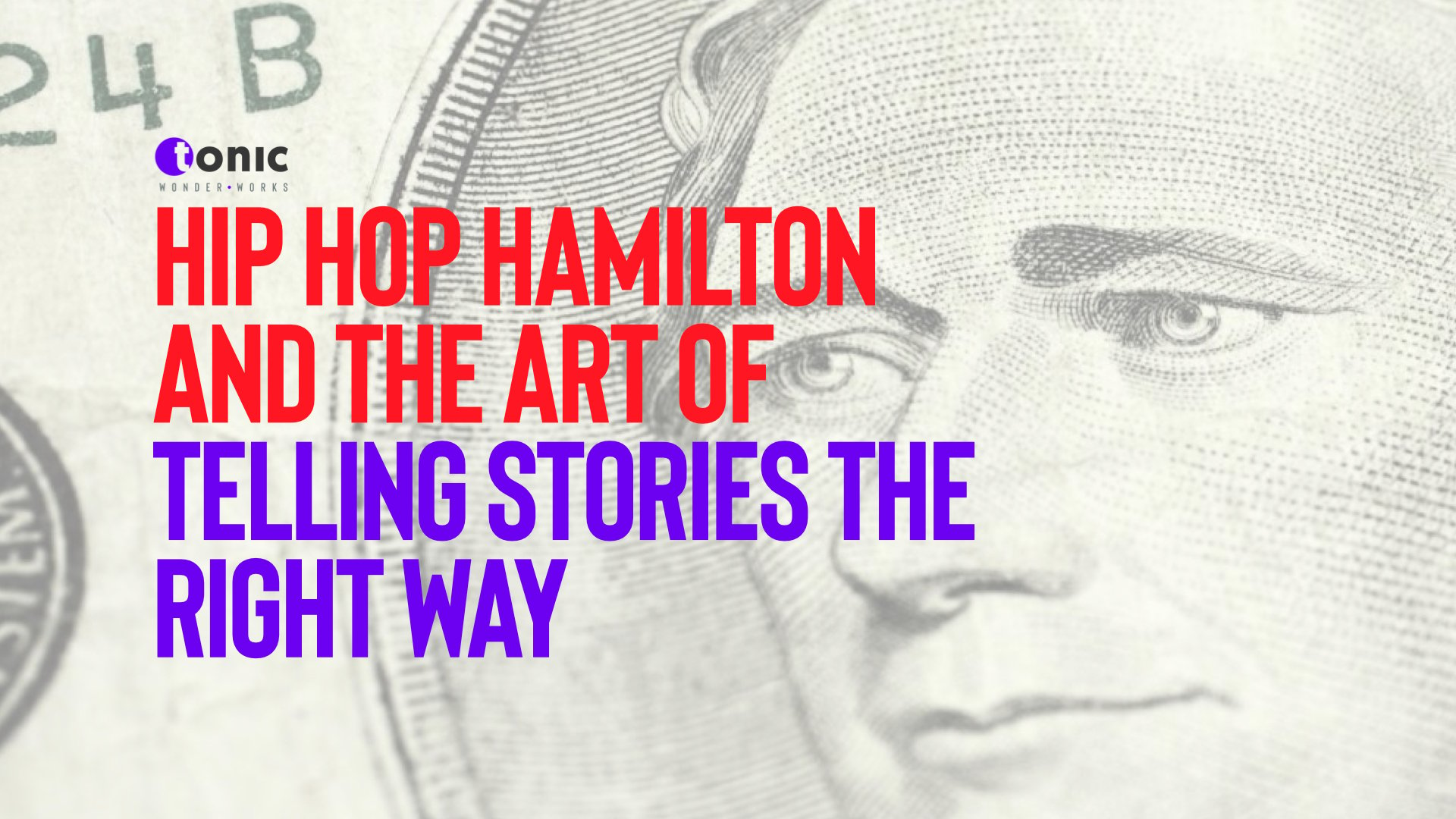 No story is boring if you tell it the right way. You just got to find the right angle. Ask Lin Manuel Miranda, or if you don't have his number, perhaps Ruth might help?

Okay, so you may not be as obsessed as I am (I know all the words…), but surely you’ve heard of Lin Manuel Miranda’s blockbuster musical Hamilton? Since the first UK lockdown in March 2020 coincided with the Disney + UK launch (smart that), I had Hamilton on repeat for a few weeks for some musical medley pick-me-up.

Along the way, through osmosis I think, I absorbed some storytelling lessons from this award-winning piece of content.

So here we go. (If you haven’t seen it, I don’t think this has big spoilers… but you should watch it anyway just because it’s good):

1. You can always turn a story that looks dull on the outside into content gold if you find the right angle.

Hamilton is a story about the first Secretary of the Treasury for the US. By that description, all most people would think is YAWN. Obama even made a joke on this - telling that Lin Manuel Miranda shared in advance he was going to do a musical about the treasury secretary, and he thought ‘yeah right, that’s not going anywhere’. How wrong he was as the musical went on win a Grammy for Best Theatre Album and a Pulitzer Prize for Drama.

But it’s all in the telling and finding the right angle. Often clients say to me - ‘This thing can be seen as pretty boring but we need to get people interested’. I disagree, nothing is boring if you tell it right.

Miranda thought the same thing. In a famous video he said: “(Hamilton is) a concept album about the life of someone I think embodies hip-hop: treasury secretary Alexander Hamilton.”

Prompting laughter, of course - but then he shared the angle he’d found: "You laugh, but it's true. He was born a penniless orphan in Saint Croix, of illegitimate birth, became George Washington's right hand man, became treasury secretary, caught beef with every other founding father. And all on the strength of his writing I think he embodies the word's ability to make a difference."

2. You can break down even the most complicated things into something that sticks, and is even catchy.

Often you read content advice saying you need to use simple words and themes in content - and while I believe content should be accessible, I don’t agree that you can only use two syllable words.

Hamilton surprises with tongue-twisting long words covering complex themes around state-building and financial security. The character Angelica Schuyler uses the most complex language, comparable to a 15-year-old. This completely breaks the rule that great content should be at a reading age around that of a nine-year-old.

3. Everyone loves an underdog or challenge plot. So, show the blemishes with the successes

Hamilton’s opening description in the play is the ‘How does a bastard, orphan, son of a whore/ And a Scotsman, dropped in the middle of a forgotten spot/ In the Caribbean by providence impoverished/ In squalor, grow up to be a hero and a scholar?’.

What a captivating opening that immediately gets you on the side of the protagonist. He’s immediately positioned as the underdog and you are rooting for him.

And right from the start, things are not all rosey for our lead - he makes some big mistakes and does things that put him in a bad light. His story is told even with blemishes.

By introducing a sense of journey, including growth, losses and successes, in your content, you make it interesting. Something brand content needs to do more of is sharing where things went wrong as part of a process, you not only give greater authenticity but you create a narrative arc.

I loved the CEO of Brewdog doing this recently, sharing the biggest mistakes he made, honestly and openly.

Miranda famously managed to interlace US history with much more recent musical references. Throughout he draw on lines from artists from Notorious B.I.G. to Jay Z to LL Cool J. By citing some of the most memorable lyrical Easter eggs he draws in Hip Hop fans, opening up his audience base from the start.

If Miranda can borrow from hip hop when in a show about the US founding fathers, what can you bring into your content to freshen it up?

5. A great story should capture imagination, and lead you to more related content.

The spark of the idea for this blog post came after I saw an ex-colleague’s post on LinkedIn. She shared that her teenage daughter was obsessed with Hamilton and as a result had gone on to read The Federalist Papers. The Federalist Papers are a collection of 85 essays which are often compared to War and Peace - I think this shows real commitment on her part!

Her daughter had committed to dig into much heavier content because she was hooked by the first piece of content. This is what we should all aim for, and ensure we have that related content lined up ready for our hungry reader.

And with that in mind, if you liked this blog, please consider watching my webinar on content marketing for employee experience. I believe great stories can exist in every piece of content, no matter what the subject or format.

Content, Insight
The light at the end of the tunnel
Why your Employer Brand has zero ROI 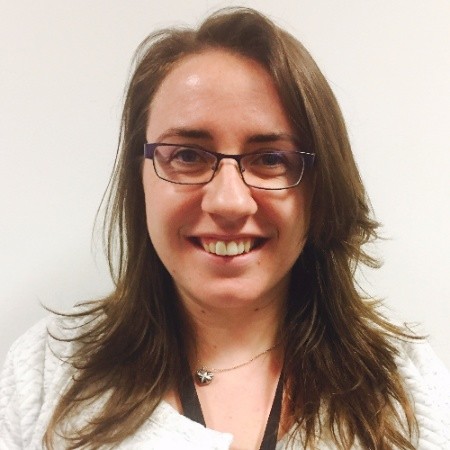 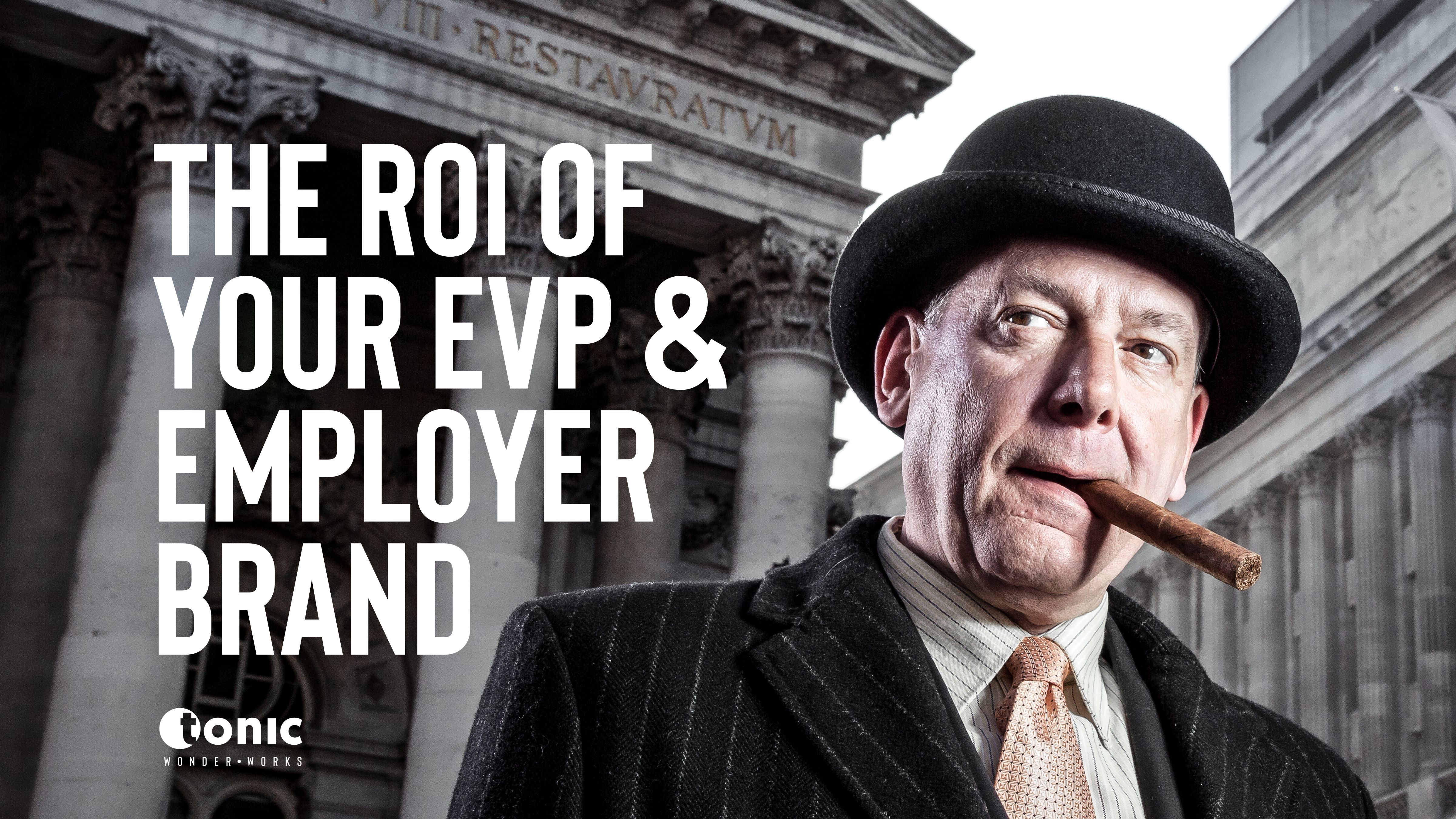