Are you staying at the Nike hotel? 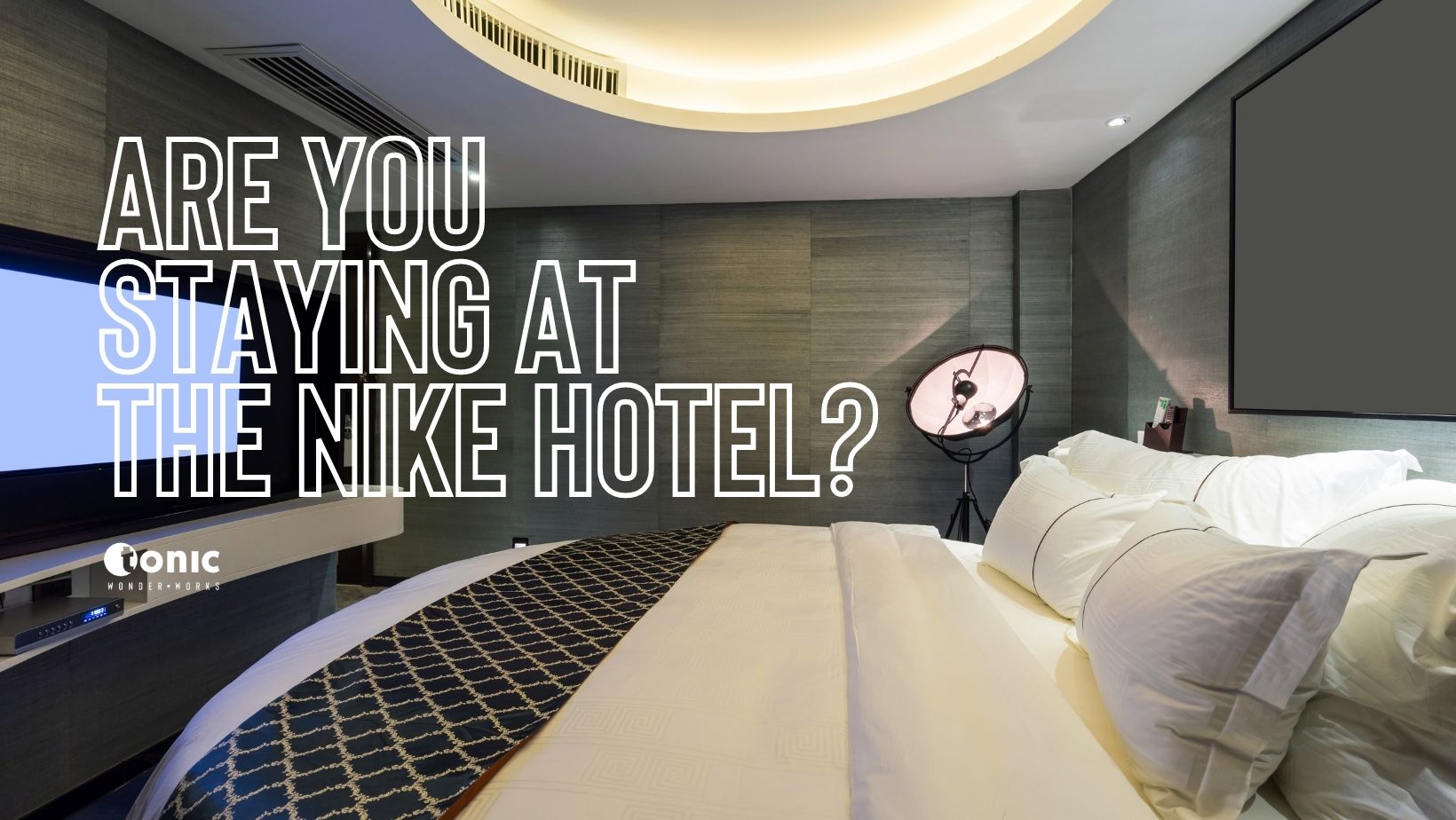 About three years ago I had one of those marvellous moments of serendipity that sometimes strikes. Waiting for a plane to take me St Helier on Jersey to see a client (who’s become a friend, you know it’s you HB), about a brand project, I happened to be listening to the This is Capitalism podcast (I’m a CEO, I have to, it’s the law…) when the subject matter turned to brand and marketing.

The rest of the episode is lost to a blur of declining memory, but the bit that lodged (which would turn out to be useful in the meeting I was about to have - and in several subsequent conversations), was about how brand building, at its most simple, was really just about creating repeating patterns.

Now, as someone growing up in the 90’s the idea of fractals in branding was appealing, but probably won’t make sense to anyone else, so instead I’ll try and tell you the story that they used to illustrate the point.

The idea was this. That great brands are made up of a few, consistent ideas that are repeated over and over again. Irrespective of the context and independent of the outcome desired. So, if you are Nike (Nikee if you’re in the US), then you have repeatable patterns of comfort, of excellence, just doing it, super shock-absorbent soles. The things that help you perform at your best. They also have the swoosh, but that’s just their logo. The brand, they argued, was those other things, the ideas that are represented by the logo, the ideas that hold the people and the business together.

The podcast went on to argue that it was those core ideas that allowed for growth, diversification, for change. They asked the question ‘what would it be like if Nike launched a hotel chain’? They suggested that sure you’d have a swoosh over the door, but what was it about the experience that made it Nike? The hotel would be renowned for having the world’s most comfortable mattresses and pillows they said, for giving a great nights sleep, for helping you to be your best the next day. It would be based on the patterns that aligned with the core ideas. It would be a hotel like no other. Clearly the Nike hotel even without athletic gear.

You know that’s true, don’t you? Just imagine how comfy those beds would be.

Anyway… this idea of repeatable brand principles occurred to me again a few days ago when I was working on an employer brand problem. The challenge we were given was focused on campaign creation, on delivering a comm's end-point and a call to action. There was also to be an overlay of the brand with an expression of logo and visual identity - which is pretty straightforward to fix. The opportunity though - which went far beyond the brief, but would achieve the impact desired, was far more complex - sitting in clarity about those core ideas, the principles that drive the organisation, the people and their motivations.

It seems pretty clear to me that organisations that have fared the worst over the last year and a bit, are those for whom their brand is just a logo - no more than that. Brands without a clear set of ideas. For employers in general, and employer brands particularly, the changes that we’ve all seen since the start of the global pandemic, and the way we work, present an opportunity to re-think our identity and to capture our brand, the ideas that make us, us. Perhaps the answer lies in identifying your brand patterns.

What are the repeatable ideas that hold true for your business, irrespective of the business you’re in? What would your hotel be like? Is it a place that you’d want to stay? Would you keep coming back? Just a thought.