The moral case for inclusion 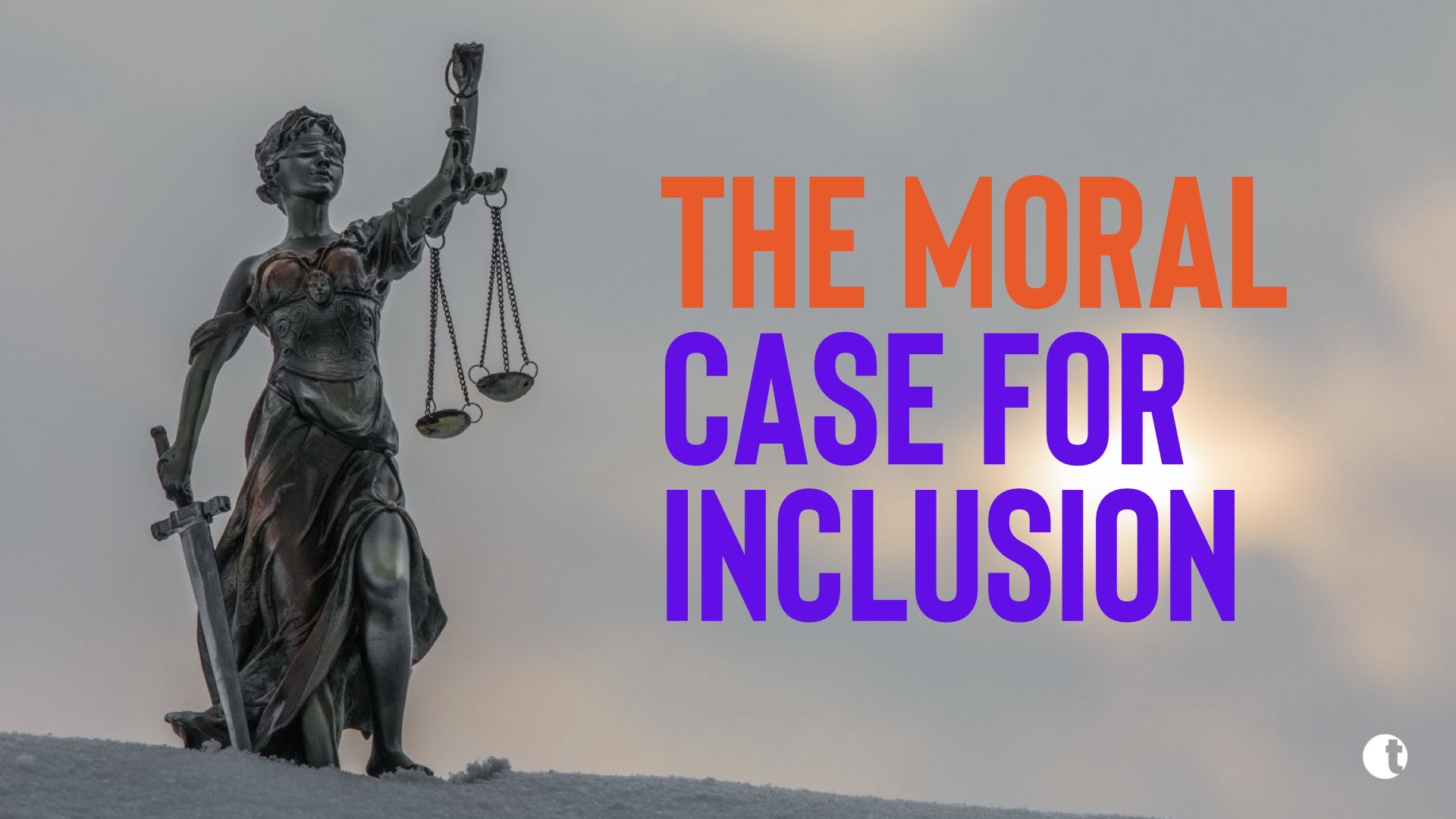 Ever so slightly controversial, but is it time to begin talking morality, right and wrong, principles and ethics?

You’re going to have to bear with me here, because I’m about to say something slightly controversial, but read to the end before you judge me:

I think it’s time to stop making the business case for diversity.

It’s been a staple of D&I communications for as long as I’ve been involved in employer branding (or sits vac as we used to call it), but I think there are a number of reasons why it’s not a good plan.

There are a bunch of people out there who already get it, and already agree with it. There are a smaller bunch out there who don’t believe it and never will. There’s a third bunch who don’t know or care. But given that so many businesses and campaigns have been hammering this message for so long, why on earth do we think our own personal version of it is going to move someone if all the previous ones haven’t? It’s unlikely anyone out there is teetering on the brink, but just needs to see that one more stat about diversity on the board and productivity before their Damascene moment.

The reality is that this messaging resonates well with those who already believe in inclusion, but is doing precious little to move anyone who’s resisted it thus far. And while we used to be able to justify it as empowering and encouraging those who are trying to make positive change, I’m not sure it even registers any more. If you’re really lucky they lift one of your stats to put into their own infographic.

2) It suggests your company lacks any moral principles

The problem with the statement “We’re doing the right thing because it’ll be more profitable” is that it immediately implies the qualifier “if it weren’t profitable, we wouldn’t be doing the right thing”. Even if that’s true at your company, why on earth would you tell me that? It’s an amazing way to undercut your own good deeds.

Wouldn’t it be braver, more interesting, and more impactful to say “We don’t give a stuff about the business case. We’re doing this because it’s the right thing to do, regardless of the financial impact.” Now I’ve actually proposed this to a number of clients before and everyone looks a bit worried, and their argument against it leads me to point 3…

3) It’s pretty rude to your own C-suite

The unwritten implication of the business case for diversity is that you had to show the decision-makers in your own company that doing the right thing would be profitable or they’d have overruled it. For some reason, it’s normally the FD or CFO who is invoked as some kind of remorseless moral vacuum who must be shown a year-on-year % increase before they can endorse morality, and it’s not usually the CEO who gets blamed.

But you know what? You’re wrong. I’ve been lucky enough over recent years to engage with C-suite execs from businesses large and small, and it turns out they are human beings like the rest of us, with the capacity for morality, empathy and ethics. And when I get the chance to talk to them about this issue, they do talk about purpose, about values, about culture. Let’s cut them some slack and give them the chance to take a moral stand, not just a financial one.

Let’s start getting with the times, and talking morality, right and wrong, principles and ethics. At all costs.